Like in many places, there are plenty of hotels, both good and bad, in Washington. But this is the Pacific Northwest, where things are a little different. The hotel that you choose from the array of lodging options might be a refurbished roadside inn astride a waterfall that is of spiritual importance for the local native American tribe. Or it might be on a reservation, outright owned and operated by another tribe. There are plenty of historical buildings on both ends of the state that are the site for yet more unique hotels that are worth, at the very least, a stop in to admire.

Of course, there are plenty more notable hotels in the Evergreen State than these five, but this group easily captures the imagination of even the more better-traveled visitors.

I visited this magnificent hotel in February, 2015 and wrote”Drifting off next to a fragrant fire and waking up to the sound of the effervescent falls just footsteps away is a gentle underscore to the notion that this is a very special place.” Aside from the falls, which make the entire location and building seem otherworldly, the entire building seems infused with a comforting fragrance of pine, lavender, rosemary, and mint, that haunts long after the stay is over. It’s a short 30 minute drive from Seattle and is great for local weekenders, but it’s really a don’t-miss stop for anybody visit Washington to experience the sights and sounds that will draw one back again and again.

Pro Tip: The Lodge serves a famously lavish breakfast, so plan some hiking if you’re hoping to indulge.

The Arctic Club is a Doubletree by Hilton Hotel, so there’s always the cookie going for it if nothing else, but this charming downtown Seattle hotel has plenty going for it aside from the already-high standards of this popular national chain. The building was constructed as a gentleman’s club for Seattle movers and shakers who had sought their fortune in Alaska and the Yukon and retired to the Emerald City to enjoy the dividends. The hotel has maintained some of the original fixtures, such as the bar, and pays homage to the building’s history with specimen hats and collars that members were once able to store at the entrance. The restored glory of yesteryear extends the guest room design, which have a hint of period sensibility in both bed and bath. The best rooms are on the top floor, which have a terrace with views of Smith Tower, Boeing Field, Port of Seattle, and on a clear day, Mount Rainier.

Pro Tip: The cute stuffed walruses and logo coffee mugs are available in the lobby as souvenirs.

If Seattle is too much bustle and a more small town atmosphere is a better choice for unwinding, The Heathman Kirkland offers all the amenities of a large downtown hotel, but with an intimate small-town location on Lake Washington’s eastern shore. You’ll be able to tool around this micro-city on a complimentary rented bicycle from the hotel, and when it’s time to retire, you’ll be well-taken care of with twice-daily housekeeping, lovely local French press in-room coffee and comfy rooms and suites, several of which have fireplaces. For dining, don’t miss the Trellis Restaurant, with fresh vegetables from the chef’s own local garden.

Pro Tip: In the summer months, ask about the “Two Hour Salad” which comprises ingredients picked from the chef’s garden within two hours of that evening’s dinner service. 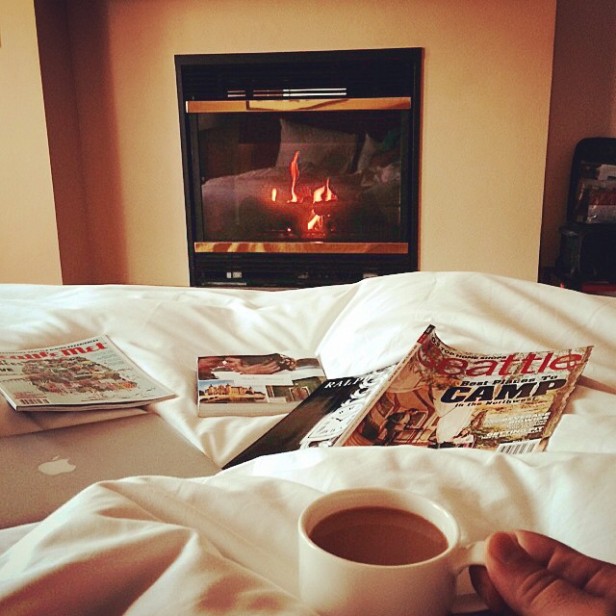 To say that this hotel is world-class would be an understatement. The owners literally traveled the world to gain inspiration from the most legendary hospitality institutions on every continent, and contrived to build them all into this Spokane institution, which first opened in 1914 and reopened in 2002 after narrowly escaping demolition. Upon entering the awed silence-inducing lobby, it’s hard not to say a silent prayer of thanksgiving that it did. The architecture of the hotel is certainly lavish, seemingly only more so because of the unassuming, friendly city that grew up around it. Once inside the intuitively comfortable guestrooms, it’s difficult to get out of the perfectly plush beds. For loyalty fanatics, the hotel is part of Marriott’s Autograph Collection.

Pro Tip: Stop into the Davenport Home Store in the lobby to sample some of the hotel’s famous soft peanut brittle. 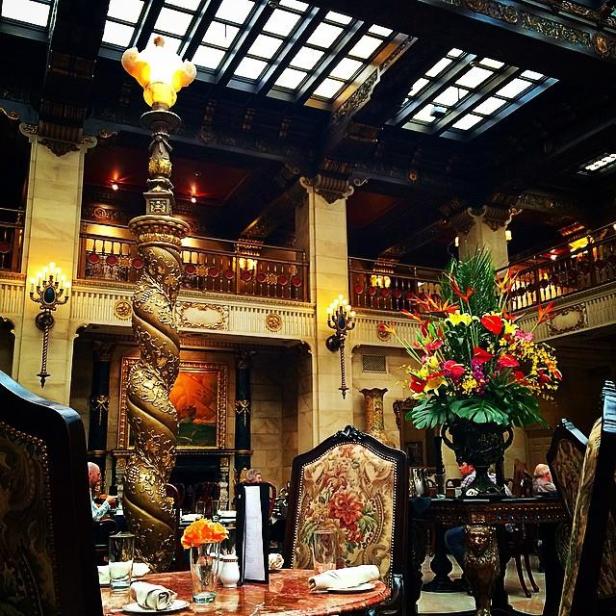 Forget what you think you know about tribal gaming – Tulalip Resort Casino offers hospitality that’s utterly warm in character and near-flawless in execution. Hidden behind a grove of spruce trees just off I-5 north of Seattle, it doesn’t look like much from the outside, but it’s another world inside. Guestrooms are among the most spacious to be found, nearly anywhere, with foyered entries, sumptuous beds, and lavish (large!) bathrooms with touches of both modern design and tribal art. Staff anticipate when assistance can be provided and it’s there when you need it. It seems anything that can make a guest stay easier is already thought of, from the very long list of guest services available just by picking up the room phone to an electronic valet request system (just scan your valet ticket near the bellstand to retrieve your vehicle).

Pro tip: Feel like room service? Go ahead and indulge – the menu is very reasonably priced compared to other hotels.